« Protect Access to Your Social Security Account in Torrance, CA | Main | Save taxes by giving money away! Are you doing it correctly? » 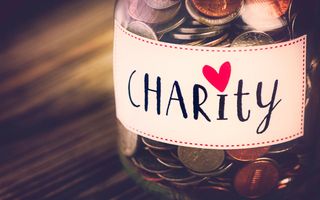 Every once in a while a story comes out about a person who lived frugally and managed to amass a fortune. The latest example is a librarian from New Hampshire.

Robert Morin loved books. It is believed that with only a few exceptions he once read every book published in the U.S. between 1930 and 1940 in chronological order. Thus, it was probably fitting that when he graduated from the University of New Hampshire in 1963 he went to work in the school’s library.

Librarians do not normally make a lot of money, so it came as a surprise to everyone when Morin left the university his entire fortune when he passed away, which was approximately $4 million.

Apparently, Morin lived simply and invested well. He stipulated that $100,000 should go to the library where he worked, but the university can use the rest for other purposes.

My Central Oregon reported this story in “Librarian Quietly Saved $4 Million, Left it to School Where He Worked.”

Similar stories come up every few years. For example, grade school teachers have been known to save and leave millions to charity. In another recent case, a janitor left a small fortune to the school where he worked.

What this shows is that anyone who has the desire to do so can make a fortune by living simply and investing money well.

Of course, not everyone wants to live that way. Those who do, however, should not neglect to spend some of their money visiting with an estate planning attorney so they can makes sure the money goes where they want after they pass away. It does not make sense to save all the money only to have it go to someone you do not want to have it.

Reference: My Central Oregon (Sept. 4, 2016) “Librarian Quietly Saved $4 Million, Left it to School Where He Worked