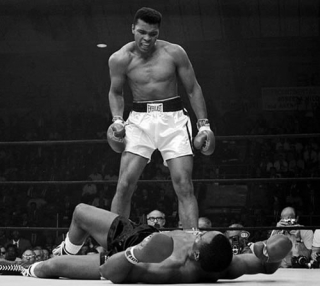 Boxer Muhammad Ali's family is set to have a massive fight over his estate.

It never took much prompting to get Muhammad Ali to claim that he was the greatest fighter of all time. He was a legend for not only the power of his fists and the quickness of his feet, but also for his sharp wit and talking up himself and talking down his opponents.

The controversial and beloved figure passed away last year, after a long struggle with Parkinson's disease.

While Ali can no longer fight, his family still can and it appears they are going to, according to the Daily Mail in "Revealed: Muhammad Ali's widow will receive DOUBLE the $6M inheritance awarded to each of his nine children sparking 'World War Three' between warring relatives."

The heart of the dispute appears to be longstanding animosity between Ali's children and his widow.

The children are upset, even though all nine of them will receive $6 million from their father's estate. They are not happy that the widow will receive twice the amount they will get.

Although the children have often feuded with each other, they have apparently agreed to set those disputes aside for now, until they have their say about their father's widow.

It is not clear exactly what the children plan to do and if they have any grounds to dispute the amount their stepmother was left in Muhammad Ali's will.