The Danger of Wills in Torrance CA 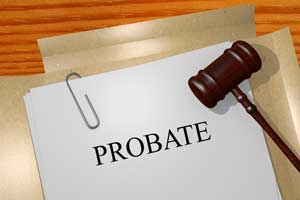 It is easier to get wills today than it ever has been, since forms can be downloaded and filled out on your own. However, that ease has led to many people not understanding the potential dangers of wills.

That everyone should have an estate plan is a principle which most people understand when the reasons are explained to them. Estate plans, even as simple as a will, at the very least can help prevent families from fighting over estates, but still will not avoid probate court and high costs.

Since you do not know when you will pass away, you should go ahead and get an estate plan.

While most Americans still do not have a will, a greater percentage of Americans have them than ever before. It is easy and cheap to get wills today, since you can purchase downloadable forms from several different services.

However, there are some hidden dangers in doing that, as The New York Times explained in "Wills Can Avert Family Warfare, but Have Their Own Hidden Traps."

The biggest issue is that the probate process is different in every state.

Submitting a will to probate for administration, in some states, is very expensive and can take a long time. That suggests that probate avoidance strategies should be used, which could lead some people to utilize a trust instead of a will as their primary estate planning vehicle.

Trusts, however, are more expensive to get than wills and in some states probate is relatively quick and inexpensive. Consequently, trusts may only be needed for people with larger estates.

There are other probate avoidance strategies that can be used, but they also have their drawbacks. For example, retitling an asset as joint property with a child, which is a common tactic, can make the asset vulnerable to the child's creditors.

Reference: New York Times (April 21, 2017) "Wills Can Avert Family Warfare, but Have Their Own Hidden Traps ."