After years of preliminary matters, a breach of trust case against the McClatchy Trust is finally being argued in court.

James B. McClatchy wanted to keep his media company as an independent company that was not owned by a larger media empire. 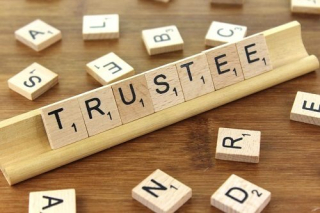 To that end, he created a trust, of which he was initially the sole income beneficiary that prohibited the McClatchy majority ownership from being sold to a larger enterprise.

His son Carlos McClatchy is now suing, claiming that the terms of the trust were violated in 2006.

The suit centers around the McClatchy purchase of another media company, Knight Ridder Inc., in 2006.

Carlos McClatchy claims the purchase caused a decline in value in McClatchy's common stock and subsequently caused the company to stop paying dividends.

The trust points out that at the time of the purchase, James B. McClatchy was the sole income beneficiary of the trust and he supported the purchase.

It also claims that, at the time dividend payments were stopped, there was a financial crisis that was responsible for the stoppage.

It is not clear which party is in the right. The court will have to settle that.

What this illustrates is that trustees need to be careful with how they handle trust assets.