« 2018 Estate Tax Exemption Projections | Main | Where there is a will, there's a probate »

Window Cleaner Could Go to Jail for Lying about Inheritance

A strange case out of the U.K. features a window cleaner, a fraudulent bankruptcy and the possibility of jail time.

For years, an elderly woman in Britain, Julie Spalding, had been looked after by the nephew to whom she promised to leave her estate. 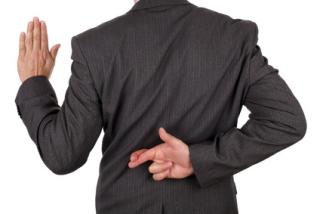 She was not in good health and suffered from many falls.

The nephew said she became belligerent with him and eventually kicked him out of her life.

At that time, she grew close to the man who was employed to clean her windows. He began to look after Spalding and she changed her will to leave the window cleaner her entire estate.

When Spalding passed away, the nephew challenged the will in court and eventually won, as the Telegraph reports in "Window cleaner bequeathed £300,000 by customer faces jail for failing to hand money back to her family."

The window cleaner was ordered to pay back all of the money he had received from Spalding's estate.

He refused, however, and instead claimed he had already lost it all.

He even claimed that much of it had been in cash in his car, when the car was repossessed. To avoid given anything back, he obtained a bankruptcy judgment.

The window cleaner now appears to have been lying.

Through many small transactions, he transferred the money to his family members for safekeeping and opened many small bank accounts to stash some of the money.

He now faces possible jail time for his scheme.

The court case has been suspended, so that he can obtain legal counsel.