How Would Cinderella’s Story Be Different, if Dad Did Estate Planning?

“Ah, the tale of Cinderella, a classic childhood favorite. We all know it as the story of an orphan who is mistreated by her Evil Stepmother and, with the help of her Fairy Godmother, wins over the heart of Prince Charming.” 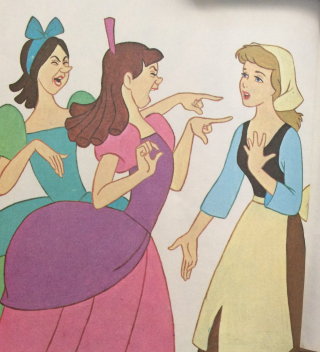 The story never really focuses on why Cinderella is placed in such a dire position in the first place. However, The National Law Review article titled “A Cautionary Fairy-Tale–If Only Cinderella’s Father Had An Estate Plan” does. It starts with a light-hearted tone, but the details quickly move to how many different ways that this family situation could have been prevented with proper estate planning.

To refresh your memory: Cinderella’s mother died, her father remarried and then he died. She is basically a slave to her evil stepmother and stepsisters, in her own home.

Let’s start with what would happen, if there had been no estate plan. If the family lived in Arizona, half of her father’s estate would go to her stepmother, and half of the estate would be given to Cinderella. As a minor, her half of the estate would be placed in an UTMA account–Uniform Transfers to Minors Act. There would be a court-appointed custodian, who would be required to use these funds for her health, education, maintenance and support. The court would have likely appointed the Evil Stepmother, who would not likely have complied with the guidelines. A second option would have been for the money to be placed in a trust for Cinderella’s benefit, but the Evil Stepmother would likely have been named a trustee, and that would not have worked out well either.

A neutral successor trustee would have been named—a friend, fiduciary, corporate trustee or perhaps the Fairy Godmother—to oversee the trust. At the death of the father, the trust should have directed that the trust be divided into two subtrusts, known as an A/B split trust.

Cinderella’s father could have also taken out a large life insurance policy to ensure that she was cared for, with the proceeds to be distributed to an UTMA account, with a neutral custodian or to a support trust with a neutral trustee.

The only way Cinderella could have recovered any assets would have been through litigation, which is the likely way this story would have turned out, if it happened today. It’s not ideal, but if a child has been left with nothing but an Evil Stepmother and two nasty stepsisters, a lawsuit is a worthwhile effort to recover some assets. Assuming that the Evil Stepmother either adopted Cinderella or was appointed her guardian by the court, there would be a fiduciary obligation to protect her, and an accounting of assets at the time of her father’s death would have been prepared.

Estate planning would have preempted the story of Cinderella. It does serve as a clear example of what can happen with no estate plan in place. Whether your blended family enjoys a great relationship or not, have your estate plan created, so that if things turn wicked, your beloved children will be protected.

Reference: The National Law Review (Jan. 16, 2019) “A Cautionary Fairy-Tale–If Only Cinderella’s Father Had An Estate Plan”