« When Is the Best Time to Disinherit a Child? | Main | What Do These People Know about Retirement that You Don’t? »

Surprise! Retirement Is Not Tax-Free

“Since its debut nearly 40 years ago, the 401(k) has emerged as one of the premier tools to save for retirement in America. In fact, when we poll 401(k) participants across the country, the majority consistently say it’s their largest—or only—source of retirement savings.” 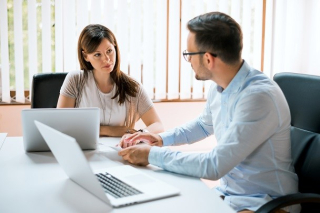 What many people don’t realize that that when they start drawing funds from those 401(k)s, they’re taxed. One of the reasons the accounts are so popular, is that a traditional 401(k) is funded from pre-tax paychecks, so the money deposited into the plan and any gains on the investment are not taxed until the money is taking out. These withdrawals are called “distributions” and there are strict rules about Required Minimum Distributions, known as RMDs.

In the article “How 401(k) savers can avoid a nasty surprise come retirement,” Market Watch advises readers that these contributions are worthwhile, since they lower taxable income. Contributing enough can even move a taxpayer into a lower tax bracket for a given year, if they are able to do so.

However, there’s always payback where Uncle Sam is concerned. In this case, when distributions are taken, they are subject to ordinary income taxes. That’s why it’s called a “tax-deferred” account—taxes are deferred or put off. They aren’t tax free.

People who work in estate planning or personal finance tend to assume that everyone knows this, but that’s not the case. Just as they are about to retire, a great saver may look at their 401(k) balances and be so happy to consider how all their hard work and diligent savings have paid off. However, even if they have a million dollars in an account, the reality is, that $1 million is actually worth more like $700,000, if they are paying federal, state and local taxes. The same is true with balances of any size.

It is still important to continue saving in a 401(k) or any other kind of retirement account. However, you must keep that tax obligation in mind, when you’re setting any kind of financial retirement goals. Tax rates in the future are unknowns, but plan on roughly 20% in federal tax, and maybe another 3–10% in state and local taxes, depending upon where you live.

If you use an online retirement calculator to help you plan and estimate your goals and costs in retirement, make sure that the calculator takes taxes into account.

Everyone’s strategy for building a retirement nest egg is different. However, there are certain rules to consider, based on age. Once you turn 59½, you are allowed to take money from your 401(k) without penalties, but you will probably pay at least 20% in federal income tax, plus state and local income.

For those who continue working into their 60s and 70s, a good goal is to preserve your 401(k) accounts for as long as possible. You are not obligated to take any money out of a traditional 401(k), until you turn 70.5. At this point, the Required Minimum Distributions must begin. Legislation pending as of this writing (the SECURE act) may change the age requirement for RMDs, but until the legislation becomes laws, the age remains at 70.5.