Will You Return to the Work World in Retirement?

“Perhaps they started saving too late, or they ran into a financial or career setback. That’s one reason why more people are working after they retire.” 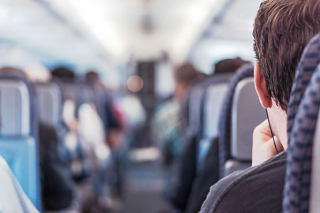 Retirement income is often described as a three-legged stool, with money coming from three different sources: retirement savings accounts, other investment accounts and Social Security. However, as reported by the New Hampshire Register in the article “Returning to work after you retire,” often that’s not enough income to provide a comfortable retirement. For some people, work is an enjoyable and fulfilling experience and they see no reason to retire. Others feel their identity is wrapped up in what they do, so they keep working.

A study from the Employee Benefit Research Institute found that almost half of Americans expect to work past age 65. However, that doesn’t always work out for everyone.

Many people become unable to work before they retire, due to illness or an injury. Others lose their job in their early 60s and have problems finding a new position with the same level of salary.

Even if you can work after retiring, there are several factors to consider. If you claim Social Security benefits before reaching Full Retirement Age (FRA) and then return to work, the IRS will deduct money from your Social Security benefits, if you earn above a certain amount. In 2019, that number stands at $17,640. You’ll lose $1 in benefits for every $2 you earn above that threshold, which changes every year, until you reach FRA.

For the year you reach FRA, that threshold takes a leap, to $46,920 in 2019, and then $1 is deducted for every $3 over the threshold, but just for that year. Once you finally do reach FRA, there is no limit to what you may earn.

For some people, retirement is the time to strike out in a new direction. It could be one they have wanted to explore for years but were limited by a need to pay a mortgage, put children through college, etc. For others, working part time is a way to ease into retirement, while still bringing in some income.

If you intend to work again after retirement, start by clarifying exactly why you want to do so. For instance, if you love your profession and would prefer to remain in it, maybe a consulting position with a prior employer would be enough to keep yourself in a field you love, while giving you more leisure time.

For someone who wants to become active in their community, working at a nonprofit organization that serves a cause or a group that you believe in could give you a fulfilling and productive role.

For those who like to travel, consider a new occupation. A teacher who retired early became a stewardess on an airline, because she wanted to visit a daughter who was going to college in Australia.

It’s okay to want to work up to or long past your retirement. A recent television news segment featured a gentleman who was well into his late 90s, who worked four hours a week at a local supermarket, bagging groceries.