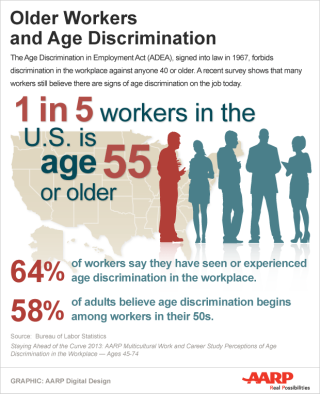 An important age discrimination case has been declared a mistrial, after the jury could not reach a decision. That leaves an important question for older job seekers unanswered.

Several years ago, an employee of the Equal Employment Opportunity Commission went out to eat at a Texas Roadhouse restaurant. The employee began asking questions of staff about the restaurants hiring practices. This led to an investigation from which the EEOC concluded that the chain restaurant company had a practice of not hiring older applicants to protect its image.

The case was unusual. No complaint had actually been made to the agency.

Normally, the EEOC does not bring lawsuits without receiving a complaint from a member of the public.

The case finally made its way to trial recently, but is now on hold because the jury failed to return with a verdict three times.

ProPublica reported on this case in "Federal Court May Decide If Employers Can Reject Older Job Seekers to Protect 'Image'."

This case is important for a couple of reasons.

The first is that older Americans often have a more difficult time finding employment than younger people. For this reason, the law protects them from some forms of discrimination, but it has never been decided if that includes protection from discrimination to protect a company's image. Another reason this is important, is that it is not known how President Trump’s administration will deal with age discrimination cases and whether it will be as aggressive as the Obama administration.

Elder law advocates will continue to monitor this case closely for clues about how the administration will handle age discrimination issues.