Bored in Retirement? Find Your Essential Self, For Starters

“Seventy-eight million strong and hitting this artificial finish line of 65 at the rate of 10,000 per day, boomers everywhere are beginning to discover that retirement, as we’ve known it for decades, needs redefining.” 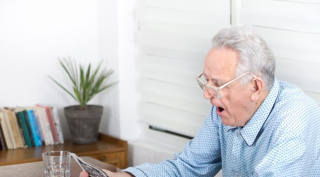 More than a few people enjoy their first few months of retirement and then find themselves unbelievably bored. With no daily routine and no purpose, they find the dramatic shift from “labor-to-leisure” tiresome, as reported in the article “How to Avoid Becoming a ‘Bored Boomer’ in Retirement” from Next Avenue. The traditional idea of retirement as a time to do very little, when you are still mentally and physically capable of doing anything, is being challenged by a generation that has so far changed every stage of living.

A study from the Federal Reserve in 2016 found that a third of retirees eventually consider retirement and return to work, some on a full-time and others on a part-time basis. Another study from the Rand Corporation, found that 39% of workers 65 or older who were employed had tried retirement, but didn’t care for it and decided to go back to work.

What’s behind this trend? Some of it has to do with a focus on the financial side of retirement, leaving out the planning for what life in retirement will look like. It turns out that the “soft-side” of retirement requires just as much planning as the money part.

Here’s the sad thing: the first part of retirement is usually when people are at their physical and mental best. Spending five to 10 years figuring out the mental, physical, social and spiritual challenges of retirement that could have been discussed, explored, and planned while still working, is too much time to lose at this later stage of life.

How to undo the “bored boomer” syndrome?

Find your “essential self.” What did you love when you were 6, 8 or 10 years old? What did you want to do, before parents, schools and financial obligations got in the way? Bored boomers can redefine who they are and what their greater purpose is. What is your essential self? What are you passionate about? What skills can you use to bring about greater good?

Reintegrate yourself. You have decades of experience, skills, insight and knowledge. What could your second career do to combine all of this with your essential self?

Start a lifestyle business. What does that mean? A lifestyle business is a business that gives you a level of income, freedom to work when and where you want and is not set in any physical location. That includes coaching and consulting, services like web design or graphic services, freelancing sales in your prior industry, etc.

Retirement hasn’t been about playing shuffleboard and taking naps for a while. However, expect it to change even more in the coming decades, as boomers transform this next phase of their lives.

“A growing number of senior management companies assist with the overwhelming task.” 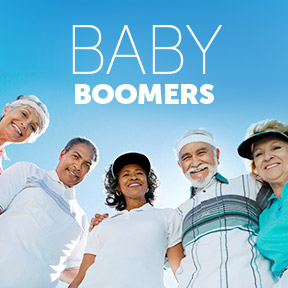 When faced with the task of pulling up roots and moving her family from a big midwestern city to a smaller town, Laura Schulman found it overwhelming. However, she did enjoy some of the tasks, including handling all the details of organizing and packing and setting up a new home. Nine years later, she decided to start a company that would help seniors downsize, before moving to smaller homes, apartments or assisted living facilities.

As reported in Columbus CEO’s article “Estate Planning and Retirement: How to Downsize Like a Diva,” Schulman and her team at A Moving Experience take the work and worry out of a move, so seniors can focus on the emotional challenges that come with this kind of move. When people are not at their physical best, downsizing can be extremely upsetting. It can get to the point, where many people wait until the very last minute and then panic sets in.

Her company is one of many senior move management companies that help seniors with this transition. The companies organize possessions, create a floor plan for new residences, schedule and oversee moving companies, handle any sales or donations of items that are no longer needed or wanted and even pack and unpack after the move.

What’s just as important: they provide the seniors with the emotional support needed during a very trying time. It’s not easy to be faced with the reality that they must leave their home after decades or even a lifetime. Equally upsetting: coming to terms with the limitations of aging.

Children and family members may not be as sensitive to their parent’s emotions about a move like this, or they may be equally uncomfortable. Having a non-family professional may serve as a buffer and a facilitator for everyone.

The increase in the number of these types of companies is due to the enormous number of Baby Boomers entering retirement. Most will be downsizing, as they leave one-family homes and move to smaller living spaces. With 10,000 turning 65 everyday, a projected 79 million Americans will be 65 or older by 2030. Clearly, aging is a big business.

Senior moving management charges range in pricing from $40 to $120 per person nationwide, with the average price for help costing around $3,000, plus the charge of the moving company.

The money is considered well-spent by many. One family called on a senior moving company, when their mother had to leave her long-time home in one state and relocate to an independent senior living community near family members in another state. The siblings reported that they needed help from someone who would be patient and understand the process their mother was going through. The senior mover worked to make the new home layout, as close to the mother’s original house as possible.

Nonprofit organizations are also getting involved in helping seniors move, with several agencies helping seniors, who can’t afford the services of a private company.

Reference: Columbus CEO (Jan. 21, 2019) “Estate Planning and Retirement: How to Downsize Like a Diva”

“These upscale communities offer a continuum of care from independent living to failing health, allowing people to age in one place for a relatively fixed price, but with amenities common in exclusive hotels and high-end cruise ships.” 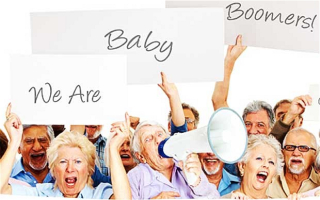 Billions of dollars are being invested in housing for aging boomers, and that includes luxury communities for those who can afford a five-star resort lifestyle. The potential market is enormous, reports The New York Times in the article “Boomers Create a Surge in Luxury Care Communities.”Industry estimates say about 15 million people have saved enough to afford private continuing care, and these people expect a high level of service and surroundings.

There are now nearly 2,000 Continuing Care Retirement communities, or C.C.R.C.s, with about 700,000 residents. Many require entrance fees and monthly charges that cover services, food and care. The average age of people entering these communities are in their early 80s, and they tend to stay for seven to 10 years.

The upscale segment of C.C.R.C.s are not for the budget conscious, with entrance fees for one community starting at $1 million for a two-bedroom bungalow, and monthly charges of more than $6,000. Demand is high at this community, where the occupancy rate is 100% and there’s a waiting list.

What is the challenge, when money is not an issue? The contracts. The contracts can be complicated, there is no federal regulation or oversight and only 38 states have regulations, which vary from state to state.

In some communities, portions of the entrance fees are returned to the resident’s estate upon death or are refunded when people leave. However, some of those fees are not returned, until the units are sold. There has also been litigation over refund policies. In New Jersey, state law now requires operators to issue refunds in the order that units are vacated, and not when they are sold.

Given the complex nature of the contracts, the size of the purchase and the varied laws, it is recommended that potential occupants work with an elder care attorney to review any contract.

C.C.R.C.s have existed for decades, first as faith-based organizations created them to house and support widows. Over time, they have evolved into communities for people who have a vision for how they want to live in retirement.

The luxury sector of C.C.R.C.s was smaller in the past, but experts say that as demanding customers—baby boomers—age, they will drive the market.

Most Americans do not have this level of resources. However, for those who do, it’s also recommended that they enter the communities while they are still healthy enough to enjoy all of the amenities, make new friends and build a new life.

Boomers Come Up Against One Thing They Can’t Push Back On: Aging

“The vast majority of older working Americans don't have sufficient savings to retire full-time at age 65 with their pre-retirement standard of living. That's one of the sobering conclusions from the recent Sightlines report issued by the Stanford Center on Longevity (SCL).” 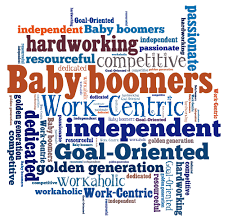 Boomers have always been proud of how they redefined many aspects of American culture. However, there’s one thing they can’t change: the inevitability of aging and death. A recent study from the Stanford Center on Longevity, reported by CBS’s MoneyWatch in “Tough retirement realities for baby boomers,” says that workers approaching retirement will either need to work past age 65, reduce their standard of living or some combination of the two.

This is going to take some soul-searching and adjusting for boomers, their families and employers.

Here’s a reality check for you: If you have $290,000 in retirement savings, you can expect to generate about $11,900 in annual income, based on a 4% annual withdrawal. Next, add in Social Security benefits. But that’s no panacea.

This is far less than the commonly recommended retirement income goal of 70 to 80% of your working income.

Are boomers making up for lost time, by accelerating their retirement savings rates? Not according to this study, that shows they aren’t even putting away the amounts they should have been putting away all along.

The SCL study summarized two analyses that suggest the amounts that boomers should be saving and compares those amounts to what boomers are actually saving.

The Boston College Center for Retirement Research says that workers who start saving at age 25 and want to retire at age 65 should save 10% of their income during those years.  However, only 36% of all workers who have a retirement plan through their work actually contribute 10% or more.

Workers who start saving at age 35 and retire at age 65, should be saving 15% of their pay. However, in actuality less than 20% are contributing this much through their workplace retirement plan.

Boomers who come up against the hard realities of retirement, are likely to do what they have done all along—redefine this next stage of life.