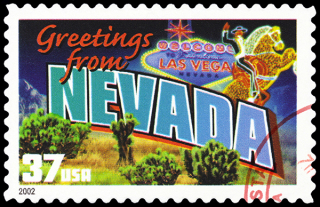 For decades, Delaware trusts were considered the gold standard for asset protection. A recent case has called that into doubt and many people now prefer Nevada trusts.

When people set up dynasty trusts, one of their goals is to keep assets in the family. That is the primary reason for the trusts. People would rather have their assets go to their children and grandchildren, instead of an ex-spouse of one of the children getting the assets, for example.

For a long time, the preferred way of accomplishing this was to create a Delaware dynasty trust. It was believed that Delaware offered the best asset protection.

A 2014 court decision, however, has led many people to question whether Delaware is still the best option, according to Kiplinger in "Delaware Trust? You May Want to Consider Nevada Instead."

The case is truly only remarkable because the decision came as a surprise.

The facts themselves are simple.

A man created a Delaware dynasty trust for the benefit of his son, his son's spouse and his grandchildren. Over the years, the trust assets grew to hundreds of millions of dollars. The son and his wife got divorced.

The court ruled that the now ex-spouse was entitled to a portion of the dynasty trust, so the assets were not kept in the family as desired.

This decision has caused many to look for other states in which to create trusts that better preserve assets in the family. Nevada is the most popular choice,  since it allows trusts to be created that shield assets from ex-spouses, even for child support purposes.

Reference: Kiplinger (March 2017) "Delaware Trust? You May Want to Consider Nevada Instead."