“Financial institutions are watching older customers for any early signs that cognitive impairment could put them at risk of financial exploitation.” 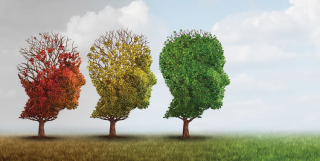 This is a tricky situation for banks, brokerage firms and other financial institutions. Monitoring older customers in case they start to lose their mental agility and become vulnerable to scams seems like a good idea. However, what happens when a financial institution judges a customer’s behavior and decides that they are either impaired or at risk for a scam asks The Wall Street Journal in the article “Banks Monitor Older Customers for Cognitive Decline”? The answer is not at all simple.

Financial elder abuse is on the rise. The Securities and Exchange Commission released a report this spring that says as many as 6.6% of elderly Americans had undergone financial exploitation in the last year.

Banking personnel see some of the early signs of cognitive decline, such as when a customer begins missing payments, sending duplicate checks, bouncing checks because of confusion over balances, or sending money to unrelated people. Does the bank have a legal, ethical and/or moral obligation to alert family members?

Until recently, financial institutions operated on the assumption that there were privacy issues that precluded them from informing anyone about these kinds of suspicions. The only questionable transactions that were reported, concerned possible illegal activities. Should they contact the local Adult Protective Services agency, or another social service agency?

A new federal regulation was signed into law this past spring that protects financial institutions from litigation, if they report concerns about elder financial abuse to government agencies, although there is no requirement that such reporting take place.

Some experts would like to see financial institutions go further and share their concerns with each other. This is commonly done when commercial fraud is suspected, through a department of the U.S. Treasury.

Reporting on a client’s behavior is a grey area, but some companies are enhancing their ability to identify problems. The use of Artificial Intelligence (AI) allows banks to monitor and analyze massive amounts of data that may reveal cognitive declines. In addition to relying on AI, institutions are training staff members to watch for behavior markers that may indicate decline or fraud. It helps if the banks have contact information for other family members, which can happen if the customers will permit family members to access their accounts.

One persistent problem: often the family members are the ones who are committing financial elder abuse. Another is that seniors are embarrassed about a non-family member revealing their declining capacity and often deny that anything is wrong.