Plan Before a Health Crisis Strikes

“We were too young, we would have plenty of time when we are older, when life was slower, right? Or so we thought. I made a guess about my husband's health care desires and into surgery he went.” 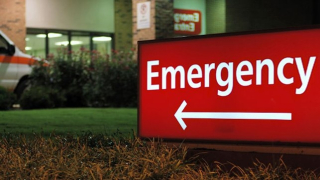 A woman wakes up to hear her husband gasping for breath, unresponsive and in full cardiac arrest. He was only 55, he biked 25 to 50 miles every day, he ate right and was one of the healthiest people she knew. Yet, he was having a heart attack. He did not have a health care directive in place, and she did not know what his wishes were in the case of a health emergency.

The story, as related in “START WITH A PLAN (not a heart attack)” from OakPark.com, is not as unusual as one would think. What does make it unusual, was that both of these individuals are attorneys. They had never had an estate plan created or drafted documents.

As the woman sat by his hospital bed in the critical care unit after his surgery, she started thinking about the practical realities. If he remained unconscious for some time, how would she access his individual finances, his paycheck or pay the monthly bills? She would need to hire an attorney and seek guardianship from the court to handle his financial affairs. If he died, she’d have to hire an attorney and open a probate case.

Without a will in place, her husband’s estate would be deemed intestate, and the laws of the state, in her case, Illinois, would be applied to distribute his property. Half of his property would be distributed to his children and the other half to her.

That might mean she would have to borrow money from her own children to pay bills and cover their college tuition.

Her husband responded well to the surgery, but at one point he needed to be transferred to another hospital. As they travelled by ambulance to another hospital, a terrible thought occurred to her: what if the ambulance were in an accident and they were both killed? Who would rear their children? How long would it take to settle the estate, with no will?

Thankfully, the ambulance arrived safely at the hospital, her husband recovered from his heart attack and the first thing they attended to when he recovered was their estate plan.

It’s a dramatic story, but a telling one: everyone, no matter how healthy, needs to have an estate plan in place. That means a will, power of attorney, healthcare proxy, HIPAA release form and any other planning tools that each family’s situation may need.

Make an appointment to meet with an estate planning attorney to put your plan in place. Don’t wait until you have time, because you never know when you may run out of time.

“My son is leaving for college on the East Coast in August. Is there anything special I should consider, legally or financially, in preparing for this life change – both for my son and for me?” 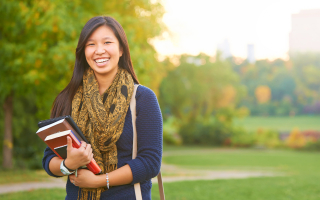 This is an excellent question and it’s one any parent of a child going off to college and, for that matter, the parents of any young adult, should be asking their estate planning attorney. The simple answer, according to the article “Liza Horvath, Senior Advocate: Off to College,” from Monterey Herald: YES!

When college students go to off to a world of dorm living, classes and increased independence, many are on their own for the first time. If they are 18 or older, they are legally considered adults. If they become sick or injured while away, the rules of HIPAA, the Health Insurance Portability and Accountability Act, prohibit anyone from speaking with a doctor, gaining access to medical records or being informed of their status–even their own parents!

If your college admissions package did not include an Advance Health Care Directive and a HIPAA release form giving you permission to speak on behalf of your student, speak to doctors and to be part of any medical decisions. Your estate planning attorney will be able to draft those documents for you.

Make sure that your college-bound student also has a list of who they should contact in an emergency, including cell, home and work numbers and email addresses. This list should include their primary treating physician and a history of their immunizations, chronic conditions, medications and other relevant medical issues.

This information can be stored in the cloud or on their phones. However, if the phone is stolen or lost, so is a lot of sensitive data. Write it down on an old-fashioned piece of paper and keep a hard copy at home and one on your own computer, so it can be easily sent if necessary.

You should also consider having a power of attorney for finances and a directive to the college, so information on your student can be released to you. This will allow you to see the academic records and act on your child’s behalf on any legal matters.

If you have adult children, even those who graduated long ago, you may also to wish to have some of these documents prepared.

Once you have the proper documents in place, you and your college-bound child student can focus on their new lives, furnishing a dorm room and picking out a new laptop!