Every year wealthy people give money to the endowment funds of colleges and universities. What happens to the money, when a school closes its doors for good is complicated.

Some big name schools have gigantic endowment funds. Schools like Harvard and Yale have many wealthy alums who are happy to give to their alma maters. 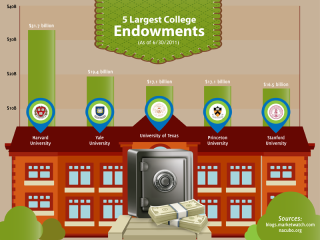 However, wealthy people do not just give to their own former schools.

They often contribute to much smaller colleges and universities, with the hope that those schools can use the funds to educate younger Americans.

Some schools do not make it. In fact, this has increasingly been the case since the financial collapse in 2008.

Every year, hundreds of schools close their doors permanently but still have money in their endowment funds.

When a school closes there are many people who would like to have the money that is left over in the endowment funds.

The descendants of wealthy donors would like to have the money, as would the bondholders and other creditors of the schools.

The Attorney General of the state has to figure out who gets the money and state laws are not always clear on the subject. That creates big headaches for people over what are often relatively small sums.

If you or an ancestor of yours has given money to a small school that has closed, you should know that you can try and get that money back.

Nevertheless, you should know that you are unlikely to be successful.