Will Challenges in Canada

Contests over wills are increasing in Canada just as in the U.S. Despite there being several ways to successfully contest a will, it is not an easy thing to do. Part of the population in the U.S. has seen continually rising wealth in the last few decades, while other parts of the population have not. In the process, one trend has emerged and that is that there are more wealthy estates that people deem worthy of fighting over.  As a result, more wills are being contested in court by those who do not believe they have been left the inheritances they deserve.

The U.S. is not alone in this trend. The same thing has been happening in Canada, as The Globe and Mail reports in "Left out of the will? Here are your options."

The options for challenging a will in Canada are very similar to those in the U.S. There needs to be a good reason why the court should disregard the will and distribute the estate differently.

A common reason is by citing undue influence. That is the allegation that someone has inappropriately influenced another who has diminished capacity of some sort to create a will for the benefit of the influencer. It is not an easy case to prove, but it is possible to do so.

In the U.S. and in Canada, not just anyone can challenge a will. Only people who have a financial interest of some sort in the estate can make the challenge.

If you want to challenge a will, the first thing you need to do is visit an estate attorney. The attorney can evaluate your claim and let you know whether it is a good idea to proceed with a challenge.

One of the more difficult things for families to do after someone passes away is to gain access to the deceased's digital accounts. A federal law is part of the reason for that.

When someone passes away, one of the many things families often want to do is gain access to the digital accounts the deceased had. These include emails, financial accounts and social media accounts. 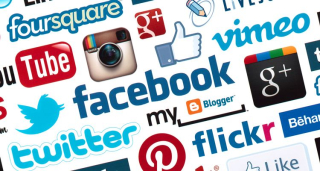 Sometimes access is wanted so important financial and business transactions can be completed, if necessary. Other times the families would just like to have access for their own information and to close the accounts.

The Stored Communications Act is essentially a privacy law.

It prevents providers from giving access to some user personal data without the consent of the user.

In a recent Massachusetts court case, Yahoo cited the act as the reason it could not give access to emails sought by the personal representative of a deceased account holder's estate.

The court declared that, under the act, the personal representative could give the necessary consent to gain access to the data. However, the court did not make this mandatory. The court instead decided that it was still up to the company whether to comply with the request.

Many states are attempting to make it easier to access digital information after someone passes away.

Nevertheless, it appears the law still has a long way to go.

Slayer Statute Ok for Self Defense 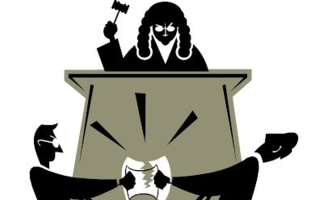 Slayer statutes are designed to prevent people from inheriting the assets of people they have killed, but they have their limitations.

You have probably heard this plotline before. It is a common one that goes something like this: a younger relative of a wealthy person in need of money or just plain greedy, murders the elderly relative to inherit his or her estate or cash out a life insurance policy.

This is more than just a Hollywood fantasy. It happens in real life.

There are even famous examples from history, such as the Roman Emperor Tiberius who was killed by his heir Caligula or so the writer Suetonius alleged.

We actually do have laws that are designed to prevent this from occurring known as "Slayer Statutes."

They generally state that people cannot inherit from those they are responsible for killing.

However, they can have their limitations, one of which the Wills, Trusts & Estates Prof Blog discussed in "Court Determines that Slayer Statute is Not Applicable in Self-Defense Case."

In the case discussed, it was not clear what led to the death of the holder of a life insurance policy. The sole beneficiary of the policy was involved in the death and had given conflicting statements.

The beneficiary was not convicted of murder and claimed self-defense.

The deceased's sister sued to claim the policy, but the court decided that since there was some merit to the self-defense claim, the slayer statute did not apply.

Needless to say, it is good that slayer statutes exist to guard against profiting by killing, even if the statutes do have some limitations. 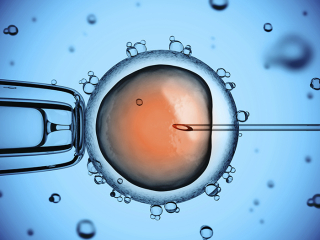 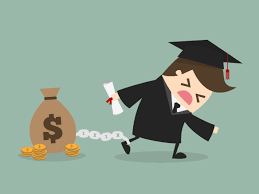 The state of New Jersey has often been criticized for its policy of requiring parents who co-sign student loans for their children, to pay back the loans even if the child passes away. The state has now changed its policy.

Generally speaking, when a person passes away any of his or her outstanding creditors must be paid, if claims are made as required by law. There are very few exceptions to that general rule.

However, one of the biggest exceptions is with federal student loans.

If the student passes away with outstanding student loan debt, then the federal government discharges the debt. Even many private student loan companies do the same.

The state of New Jersey has always been different with its state run student loan program, as Financial Advisor discusses in "N.J. Discharging Loans For Families of Deceased Students."

Not only would New Jersey still expect payment from the estate, it would require co-signers to pay, if the estate was unable to do so. This left many families deep in debt over the unrepaid loans of their deceased children.

The policy was roundly criticized for the burden that it left on grieving parents.

Attempts had been made to change the law and the state's policy to no avail. However, the state legislature has recently reversed course and will now discharge the debt of deceased students.

If you have a loved one who has student loans and who has passed away, make sure that you talk to an estate planning attorney about how to properly discharge the debt. You can now do so, even in New Jersey.