When a Relative Is Missing in Torrance, CA 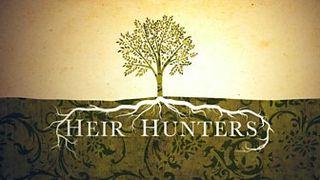 If a loved one has been missing for a long time, it is possible to have him or her declared deceased so that an estate can be administered.

You might have seen a television documentary or a movie about someone who disappears. With hundreds of channels in need of content the genre is a popular one. The stories normally focus on trying to piece together the clues about what might have happened to the person who vanished.

What they do not tend to describe in much detail is what happens to the person's property. The property cannot exist in a legal limbo forever waiting for the owner to return as that might never happen.

A recent case out of Missouri helps to answer that question as ABC 17 News reports in "Family of missing man files petition to establish presumption of death."

Charlie Bell disappeared in 2011. He was last seen riding his motorcycle. The police believe he was murdered based on witness testimony, but Bell's body has never been found to confirm it.

His family is now asking a court to issue an order presuming that Bell passed away. If granted, the order would allow Bell's estate to be administered.

Every state has a similar procedure in place for these types of cases.

When a person has been missing for a certain length of time, which varies from state to state, a court upon application can issue an order presuming death and allowing the administration of the estate.