“With the holiday season in the rear-view mirror, it is time to look forward to 2019 and the opportunity to pursue New Year’s resolutions.” 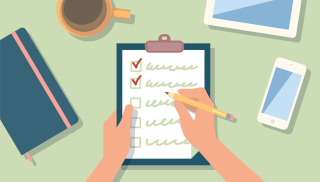 Recent studies show that about half of Americans still make resolutions, but fewer than 10% of us are successful in maintaining them, says The Sentinel in “Elder Care: New Year’s resolutions.” This year, try making your resolutions simpler and more time-sensitive, and maybe you’ll have more luck maintaining them. Start with your estate plan. A call to your estate planning attorney to make an appointment won’t take a lot of time, and it will get the process started.

Getting your estate plan in order in 2019 will prevent your family from unnecessary stress and costs in the future. Here are a few examples of what can happen to families who don’t plan properly.

A married couple owns a home and some investments. To protect their assets, they create a Revocable Living Trust and transfer all their assets into the trust. They believed that by doing so, they’ll avoid probate and preserve assets from long-term care costs. However, while a revocable trust can avoid probate, if properly created and funded, it has limited other benefits.

When the husband needed nursing care, the couple was surprised to learn that putting their largest asset—their primary residence—in a revocable trust resulted in a situation where the home was counted as an asset for Medical Assistance to pay for care.

As Pennsylvania residents, their principal residence can be excluded for consideration for eligibility—if certain conditions are met. However, federal law specifically directs that real estate in a revocable trust is a countable resource. Had they placed the residence in an Irrevocable Asset Protection Trust five years prior, or even kept the residence out of a trust, they would have had more options.

Not having a will is never a good idea. A local musician had a successful career that resulted in him having a good deal of wealth. He had a son from his first marriage and when his son was born, he told his wife that he wanted his assets to pass to his wife upon his death. If she died before him, he wanted his assets to go to his son. However, he never had a will made.

With no will, state law governs who receives his assets. In the musician’s case, assets pass in the following order:

Notice that none of these is his current partner. The only way she could have inherited his assets, would have been for him to have a will. While he had told his partner that he did not want his son to get anything, under his state’s law, his assets are to be split equally between his children.

With an estate that included songs that were copyrighted, both of his children (and any individuals claiming to be his children), may receive income streams. The court must first determine who his legal children are, before any assets can be distributed. A will would have prevented this entire mess.

These are just two examples of what happens when planning is not done correctly, or not at all. Make it one of your New Year’s resolutions to call your estate planning attorney.

How To Keep Your Financial Resolutions in 2019

“For the 10th consecutive year, the three most popular financial resolutions for 2019 are saving more, followed by paying down debt and spending less, according to a new report by Fidelity.” 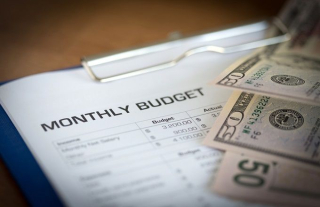 Getting more specific, most of the 2,000 people surveyed by Fidelity said they were going to save an extra $200 a month for their long-term 2019 goals, like retirement, college costs and health care. Half said they were going to boost contributions to their retirement savings plans, usually a 401(k) or their IRA. Higher limits for contributions to both are expected to increase the savings rate.

The unexpected ups and downs of life could stand in the way of your resolutions. Rising costs of health care, the volatile stock market and concerns about the trade wars are on most people’s minds. Try to focus on what you can do, rather than what you cannot control.

Like most of us, the people surveyed also admitted to making some spending mistakes they know made their savings less than they wanted. Chief among them: eating out too often and splurging on things that are way out of their budget.

How can you be sure to make and keep your financial New Year’s resolutions in 2019?

Try a budgeting app. There are several well-known, tried and tested budgeting apps that make keeping an eye on your spending and finding costs to cut easier. Once you’ve identified places you can cut spending and created a surplus, put that money into your savings account. Or, increase your retirement plan contribution. Even a little bit, can make a big difference over time.

Note that the opposite goes for your credit cards: rising interest rates mean you’ll want to pay those off as soon as you can. Today’s average credit card interest rate is more than 17%. Try to pay the balance in full every month to avoid paying any more in fees than necessary.

Take control of your health care costs. If your Health Savings Account permits, increase the amount of money you contribute to your plan. If you didn’t use up all your funds in 2018, make an appointment for mid-year 2019 to schedule appointments or procedures you know you’ll need before the year is out. Make a resolution not to throw away health care dollars in 2019, especially if you have a “use-it-or-lose-it” flexible spending account.