When Does a No Contest Clause Make Sense?

“A No Contest clause is mostly what it sounds like. It is a paragraph that can be included in a Last Will and Testament or a trust, which basically states that anyone who challenges the validity of the document or the way it distributes or manages the assets of the estate will receive less than what the document would have otherwise allowed.” 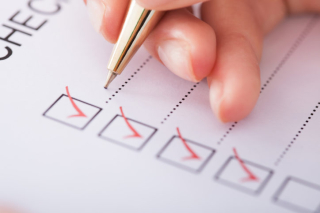 It’s an emotionally charged decision. Parents who sit down with an estate planning attorney would much rather talk about their grandchildren and how much they are looking forward to retirement.

However, then the discussion turns to how they want to distribute their assets, as reported in the article “Why is it called a ‘No Contest’ clause?” from The Daily Sentinel, and a problem is revealed.

The parents share that there is a family member, an adult child, who has never been part of the family. Usually they have had a troubled past, pushed others in the family out of their lives and it’s heartbreaking for all concerned.

The discussion then moves to determining how to handle that individual with respect to their estate plan. “Do you want her to be part of your estate plan?” is the least judgmental question the attorney can ask. In many cases, the parents say yes and say they’ll keep trying to foster some kind of relationship, no matter how limited. In other cases, the answer is no.

In both cases, however, the concern is that the difficult child will fight with their siblings and take the battle to court. That’s one of the reasons to include a no contest clause.

As long as estate planning documents are prepared correctly and signed, they will survive a legal contest. However, putting in a no contest clause creates another barrier to an estate battle.

The no contest clause is intended to act as a strong deterrent for those individuals who believe they are entitled to more of the estate. It makes it clear that any challenges will result in a smaller portion of the estate, and possibly no inheritance at all, depending upon how it is written.

Both parents need to have a no contest provision included in their wills. The message is clear and consistent: these are the estate plans that we decided to create. Don’t try to change them.

For families with litigious family members or spouses who married into the family and feel that they are not being treated fairly, a no contest clause makes sense to protect the wishes of the parents.

Speak with an experienced estate planning attorney about how a no contest provision might work in your situation. If your family doesn’t need such a clause, count your blessings!

One way to make people hesitate before challenging a will or trust, is to include a no-contest clause, which disinherits them, if they file a legal challenge.

People often get very upset when they think they have not received their fair share of a deceased family member's estate. They can often be so upset that they decide to issue a legal challenge to the estate plan, especially if there is a substantial money involved. 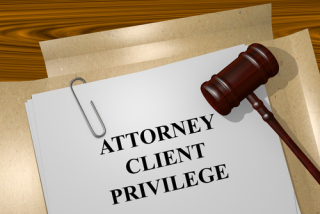 These challenges can take a lot money out of the estate, since lawyers have to be hired to defend the estate from the challenge.

A no-contest clause helps prevent these challenges. It simply states that anyone who challenges the will or trust will receive nothing from it.

As a result, the document will be effectively rewritten to disinherit the challenger.

This is an easy way to stop many people from challenging an estate plan.

They might not be happy with what they received, but they do not want to risk getting nothing.

Some criticize these clauses as deterring people from challenging an estate plan when they have good reason to,  such as when there has been undue influence used by someone else to get more of the estate than he or she should.

However, most states will not enforce a no-contest clause, if the person challenging the will or trust has probable cause to do so.