“Move over, Internal Revenue Service. Criminals now prefer the Social Security Administration as their cover agency, when they try to swindle Americans over the phone.” 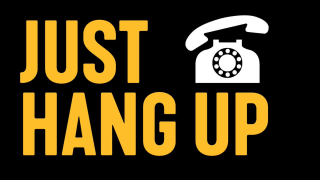 For a long time, the callers identified themselves as calling on behalf of the IRS, pretending to be a representative wanting to collect taxes, personal information or both from their prey. However, in the last year, federal authorities say they have seen the number of scammers claiming to be from Social Security take a massive leap and have now overtaken the fake IRS calls, as reported in the article “Latest Rash of Calls Come From ‘Social Security’” from The New York Times.

That doesn’t mean to say that the IRS scam isn’t still around. The IRS lists the “imposter calls” as one of its dirty dozen scams. Scam artists are flexible and quick to adapt to changing circumstances and trends.

More than 76,000 reports about fake Social Security calls were made in the twelve months ending in March, with reported losses of $19 million. That’s according to the Federal Trade Commission (FTC), which investigates consumer fraud.

By comparison, consumers reported $17 million in losses to the IRS scam during its peak time, the twelve months that ended in September 2019. This information comes from the FTC’s Consumer Sentinel Network database, a pool of millions of consumer complaints.

The typical loss to an individual consumer is about $1,500. However, those are only the people who have contacted the FTC to report their situation.

In most cases, the criminals are aggressive and try to scare their targets into action. The caller tells the person that their Social Security number has been suspended, because it has been involved in a crime or due to suspicious activity. The caller often asks the victim to confirm their Social Security number. They tell their victims that they must act fast and that their bank accounts will be frozen, if they don’t act quickly.

Some people, especially seniors, are scared into action. However, the calls are not real.

Don’t trust the number that appears on your caller ID. Thieves use technology to make it appear that the calls are coming from a government agency, but they are not.

In April, the inspector general of Social Security warned consumers that fake calls had spoofed the agency’s own fraud hotline number. That number will never appear on a consumer’s phone, as it is never used to make outgoing calls.

The best thing to do is hang up.

If you are concerned that the call might be real, call the agency directly yourself, using a phone number that you have found and not the number given to you by the scammer.

Older adults are more vulnerable to these calls, because they have access to their lifetime savings and they often exhibit behavior that puts them at risk. During a study of scam awareness, more than three fourths of seniors participating in the study answered the phone when it rang, even if they didn’t recognize the number. They also said they listened to telemarketing calls and struggled with ending unsolicited calls. The study also noted that falling prey to a telephone scam may be an early warning sign of cognitive problems in the future.

“When a man claiming to be a Suffolk cop called Rosemarie O’Rourke and said her grandson was in big trouble, she'd been grieving the death of her husband two days earlier—an easy target for a scam artist.” 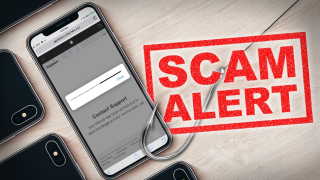 Authorities are warning vulnerable seniors about phone scammers, who call and claim to be police officers, IRS agents and other government officials. One woman received a call just days after her husband died and his obituary was published in a local newspaper, reports Newsday in the article “Nassau, Suffolk police warn of phone scammers posing as officials.”

She was told that her grandson had been arrested and charged with possession of illegal drugs. To get him out of prison, the caller directed her to buy $8,000 in gift cards from a national electronics store. Frightened, the woman did as she was instructed, and gave the man the personal identification numbers on the cards when the man called her back.

Only afterwards did she realize that the man had gotten her name and her grandson’s name from her husband’s obituary. Embarrassed by her failure to realize it was a scam, she decided to speak out in the hopes it would prevent another vulnerable senior from falling victim.

Seniors are being warned to be wary of these kinds of con artists. Unfortunately, the scams are successful and that’s why they continue. Swindlers typically call victims and tell them they must take action immediately, or something very bad will happen. They sound like they mean business, and often the phone numbers that appear on the screen seem to be from a government agency. The phone numbers have been “spoofed”—altered to appear to come from a legitimate place. However, it’s all a scam.

Authorities say that many victims who are targeted are elderly, because they may not be aware of how much detailed information can now be obtained by strangers. When the caller uses their name, or names of other family members, the victim believes the call is from a legitimate agency.

However, here’s a key point: No government agency calls to demand payment in gift cards.

If the caller says they are calling from the local police station, hang up, call the local precinct to verify if the caller really works there. The same goes for utility companies or any other company allegedly threatening to turn off services. You should also note that the IRS never makes phone calls about overdue tax bills.

Anyone who receives such a call, regardless of their age, should immediately hang up.