“Pop artist Robert Indiana had a simple wish: He wanted to transform his island home into a museum to preserve and show his art collection to the public. The reality is far more complicated.” 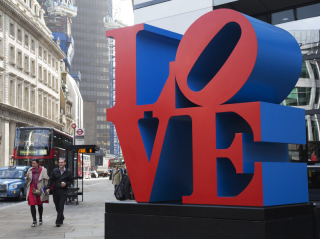 A lawsuit accusing several people of taking advantage of Robert Indiana, the artist known for his iconic LOVE artwork, must be sorted out, before his estate can go forward with plans for a museum showing. Attorneys for the pop artist’s estate questioned those closest to Indiana about his assets, now valued at $60 million, according to a story from Associated Press titled “Untangling pop artist Robert Indiana’s estate may take years.”

The process of sorting out the assets and getting the museum started, may be delayed for at least two years because of a lawsuit that alleges that Indiana’s caretaker and an art publisher took advantage of him and produced forgeries of his work. The pair deny the accusations.

The lawsuit was filed by the company that owns the copyright to several of his most famous works.

The artist died at age 89 in May at his home on Vinalhaven Island, off the coast of Rockland, Maine.

Jamie Thomas, Indiana’s caregiver and power of attorney, acknowledged receiving more than 100 pieces of Indiana’s artworks as gifts over the years. Testimony suggested he was also paid about $490,000 and withdrew $615,000 at the request of the artist during the final two years of Indiana’s life. Thomas also received $35,000 for a car.

Indiana’s will stated that he wanted Thomas to run the museum.

Thomas’ attorney says there’s far more to the story and that more details will be revealed.

After the success of his LOVE sculpture, Indiana retreated to Maine. His desire for solitude was almost as legendary as his art.

Indiana was described as a quirky guy, “Even within the realm of artists,” said Michael McKenzie, the art dealer mentioned in the lawsuit. McKenzie worked with Indiana over the years to print and fabricate his artwork.

The lawsuit raised further questions. An FBI agent investigating possible art fraud has requested an autopsy. The state medical examiner’s office has said that Indiana’s death was not suspicious, although at the current time, the official cause of death is “undetermined.”

As the years went by and Indiana aged, friends became concerned about his well-being.

The attorney for the estate said it is disappointing that it will take so long to fulfill the request made in his will. Transforming his home into a museum and displaying his artwork, is expected to cost about $10 million. The house, listed on the National Register of Historic Places, is in a state of disrepair.

Elvis Presley's daughter has filed a lawsuit claiming that her former money manager wasted all the assets in her trust fund without telling her. 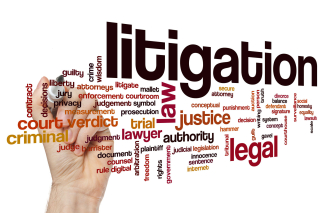 It is likely that Elvis Presley still makes a lot of money for someone. His intellectual property and likeness are still hot properties. After he passed away, those valuable assets were left in trust for the benefit of his daughter, Lisa Marie Presley. However, if someone is making money off Elvis, then it may not be Lisa Marie. She is claiming in a lawsuit that the trust fund is depleted and she blames her former money manager, as the Daily Mail reports in "Lisa Marie Presley claims her ex-money manager lost $100 million trust fund left to her by Elvis with 'reckless and negligent' investments while paying himself a salary of $700,000."

According to the lawsuit, the money manager decided to sell 85% of the stock of Elvis Presley Enterprises in 2005, in exchange for $40 million in cash and $25 million in holding company stock that owned American Idol. When the trust did not generate enough money to fund her normal lifestyle, Presley claims the money manager did not tell her.

In 2014, the American Idol Company declared bankruptcy in 2014 and the stock became worthless as well. Presley now claims the trust fund has only $14,000 and that she has debts totaling $16 million. On top of that, she is currently undergoing a divorce from her fourth husband and he is asking for $263,000 in annual alimony.

The money manager denies the accusations and is countersuing for money he claims he is owed.

Reference: Daily Mail (June 19, 2018) "Lisa Marie Presley claims her ex-money manager lost $100 million trust fund left to her by Elvis with 'reckless and negligent' investments while paying himself a salary of $700,000."